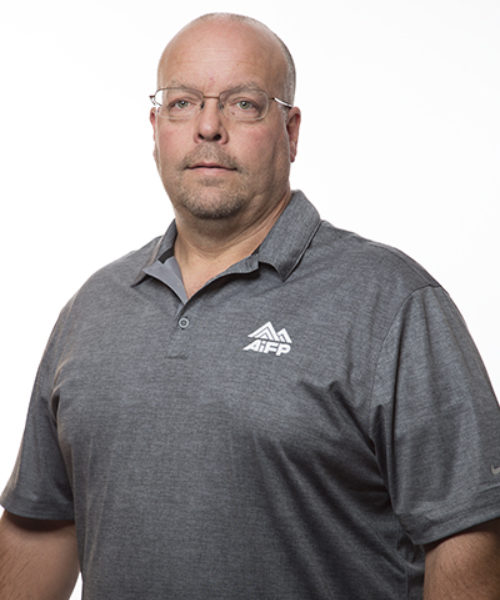 Since being promoted to sales manager in 2016, Joe has assisted John Vranizan in managing one of North America’s largest wholesale building material companies, with 33 active traders and a goal of 44 active traders by 2020. He actively promotes AIFP’s value of growth through relationships.

Joe served in the U.S. Air Force from 1984-1988 as a Systems Analyst. Upon completion of his enlistment he was the IT manager for Western International Forest Products from 1988 to 1989. After the death of his father, he returned to the family dairy farm and managed it with his brother through 1995. He has been with AIFP ever since.

When he’s not at work, Joe enjoys spending time with his grandchildren, and raising horses, cattle and chickens with his wife on their small farm in La Center, Washington. He also enjoys wood working, camping, and muscle cars.

We balance hard work and play. With exceptional employee retention and a people first approach, we keep our staff happy and engaged.

Get in touch with our Trucking Department to find out when and where we have loads available.